Due to heat loss in the pipework, condensate accumulates in saturated steam pipes which must be collected and removed. There should therefore be a gentle gradient of 5 – 10mm per m pipe length, i.e. 0.5 – 1%, in the flow direction to allow the condensate to flow to the drainage connections.

The drainage connections are then installed as follows: 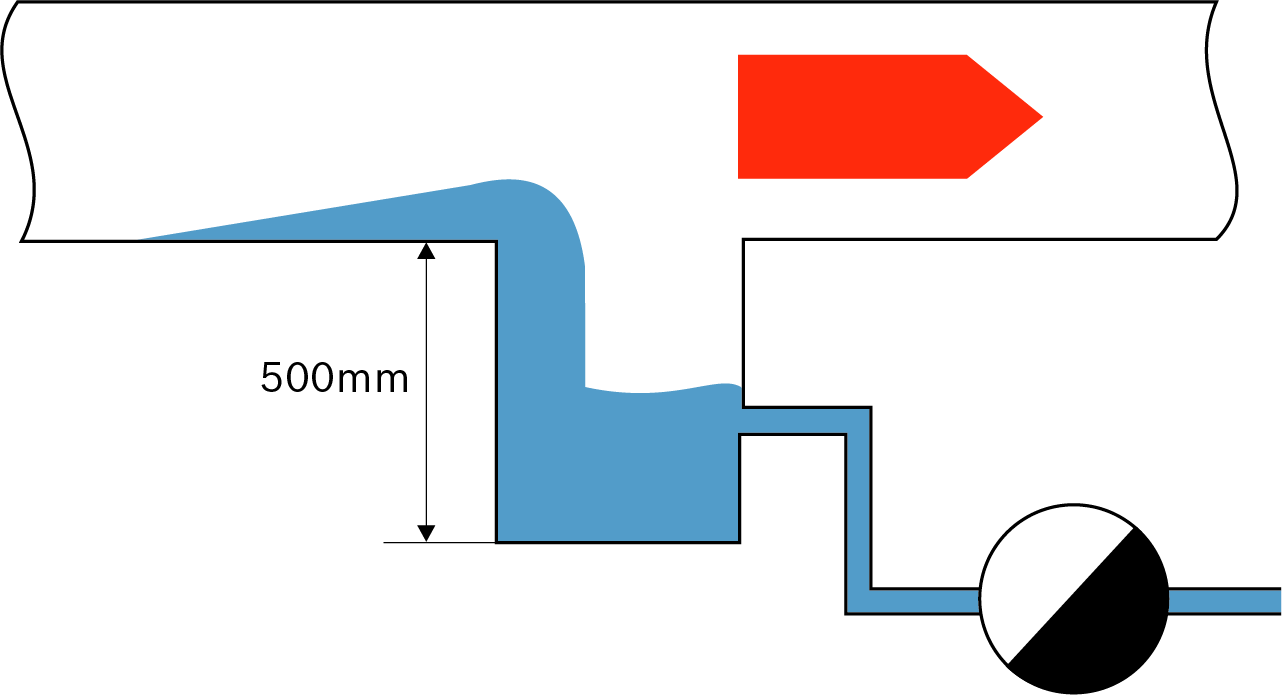 Info on Calculation of consumption