The specific enthalpy h [kJ/kg] is the total quantity of heat contained in the steam.

The enthalpy is split into the sensible part which produces a change in temperature and the latent (“hidden”) part in which the proportion of steam varies between 0 – 100% at a constant temperature.

The specific evaporation enthalpy r of water in [kJ/kg] is the quantity of heat that must be absorbed by 1kg of water in order for it to change from the liquid to the vaporous state. As heat is supplied in the boiler at a constant pressure and the temperature therefore does not increase, this quantity of heat is also referred to as latent or “hidden” heat.

Conversely, the same process occurs when heat is transferred. The steam condenses when the latent heat is transferred to the product until only liquid (water) is left. Only at this point is the condensate cooled. This cooling process which occurs in the condensate is often described as supercooling to below the temperature that corresponds to the steam pressure on the boiling curve. 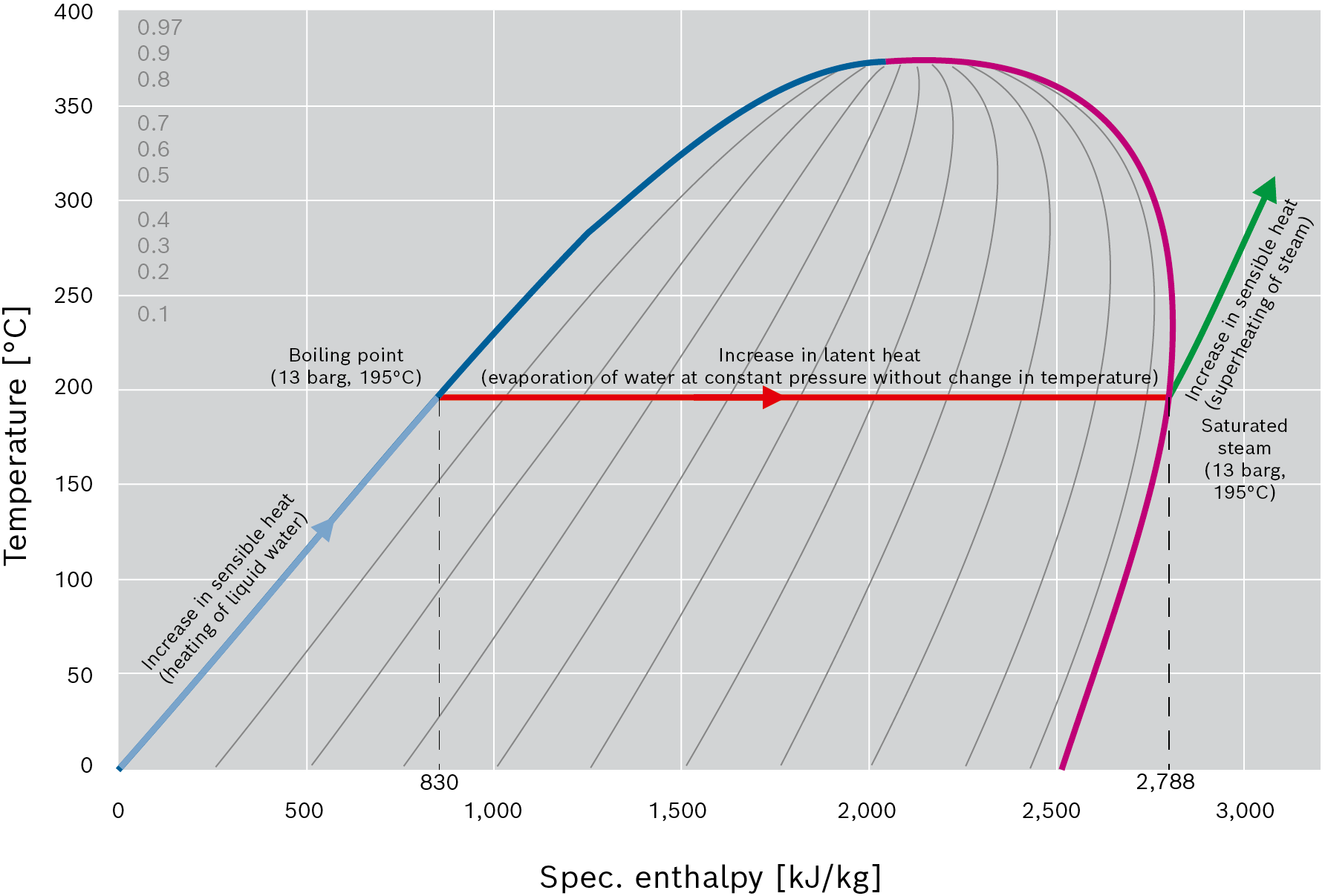