Steam boiler systems are usually subject to compulsory monitoring and various legal framework conditions must be observed and complied with when manufacturing the components, during planning and construction and when operating the system. The following requirements are stipulated at all levels of the legislation (and monitoring):

The most important laws, directives, ordinances and standards governing the installation and operation of a steam boiler system are described below. These are arranged in the following groups:

In this case it must be observed that further EU directives or national laws and regulations apply.

Using Germany as an example, the following diagram shows the basic procedure and is separated into two parts; manufacturing, for which European law applies and operation, for which national law predominantly applies. 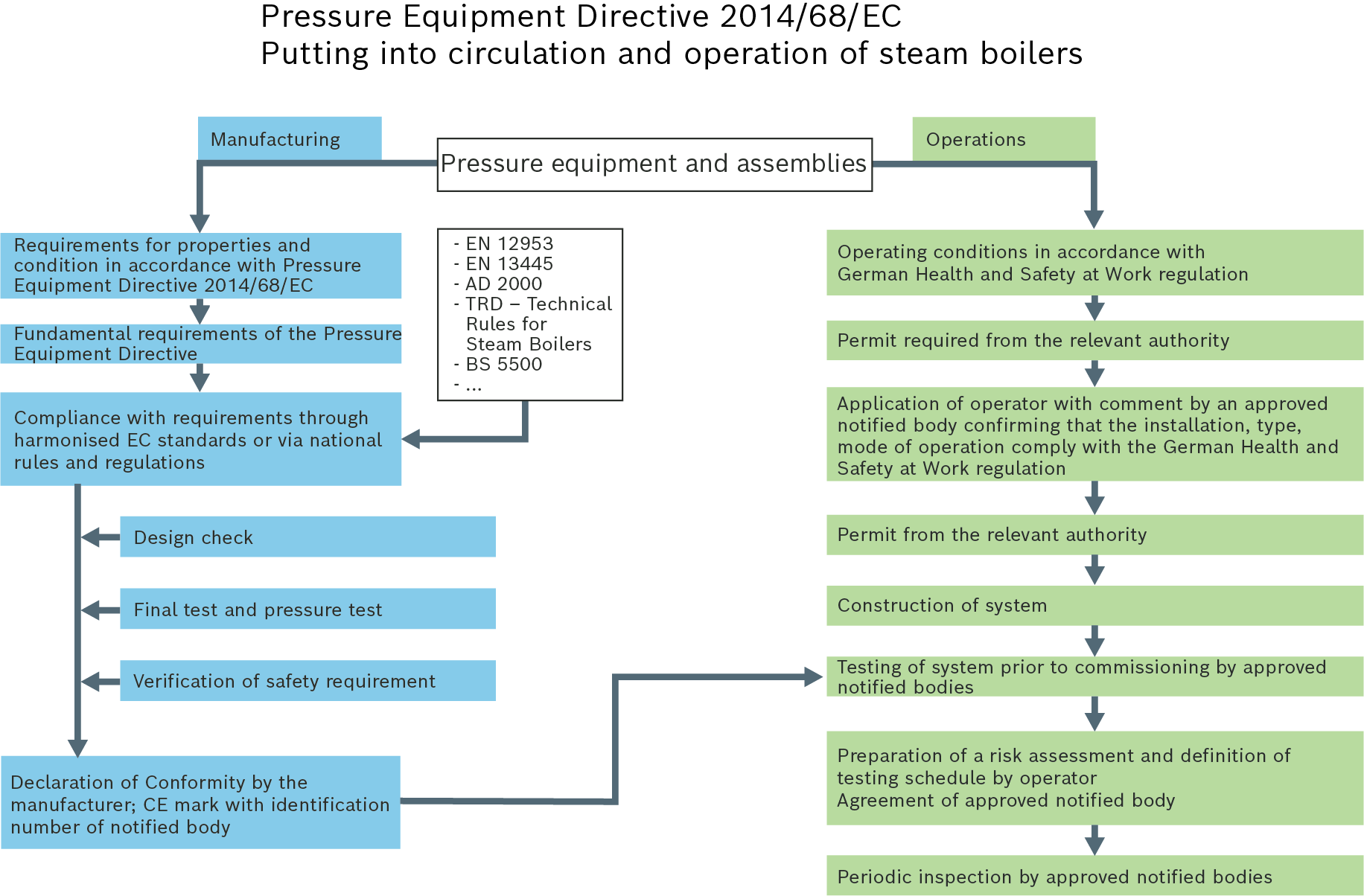 DGRL: Pressure Equipment Directive 2014/68/EU
BetrSichV: German ordinance on industrial safety and health in relation to the use of equipment and materials
ZÜS: Approved notified body