The boiler efficiency ηboi is the same as the combustion efficiency minus the heat losses on the surface of the boiler to the environment at the installation room during the burner runtime. It can be calculated as follows:

Formula for calculating the boiler efficiency 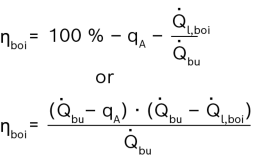 Technical Information: heat losses due to radiation and conduction

As the heat losses due to radiation and conduction Q·l,boi generally cannot be easily measured or calculated, the empirical values according to EN 12953 Part 11 are used. These depend on the one hand on the rated output of the boiler type and on the other the temperature of the medium on the water/steam side inside the boiler and therefore the operating pressure.

Heat losses are identical regardless of whether the boiler is at full load or standby mode. For the boiler efficiency this means that the smaller the current burner load is, the higher the consequences of the heat loss. The heat loss performance also occurs during burner downtimes. During downtimes, e.g. at the weekend or overnight, these losses can be minimised by reducing the operating pressure and therefore the operating temperature. 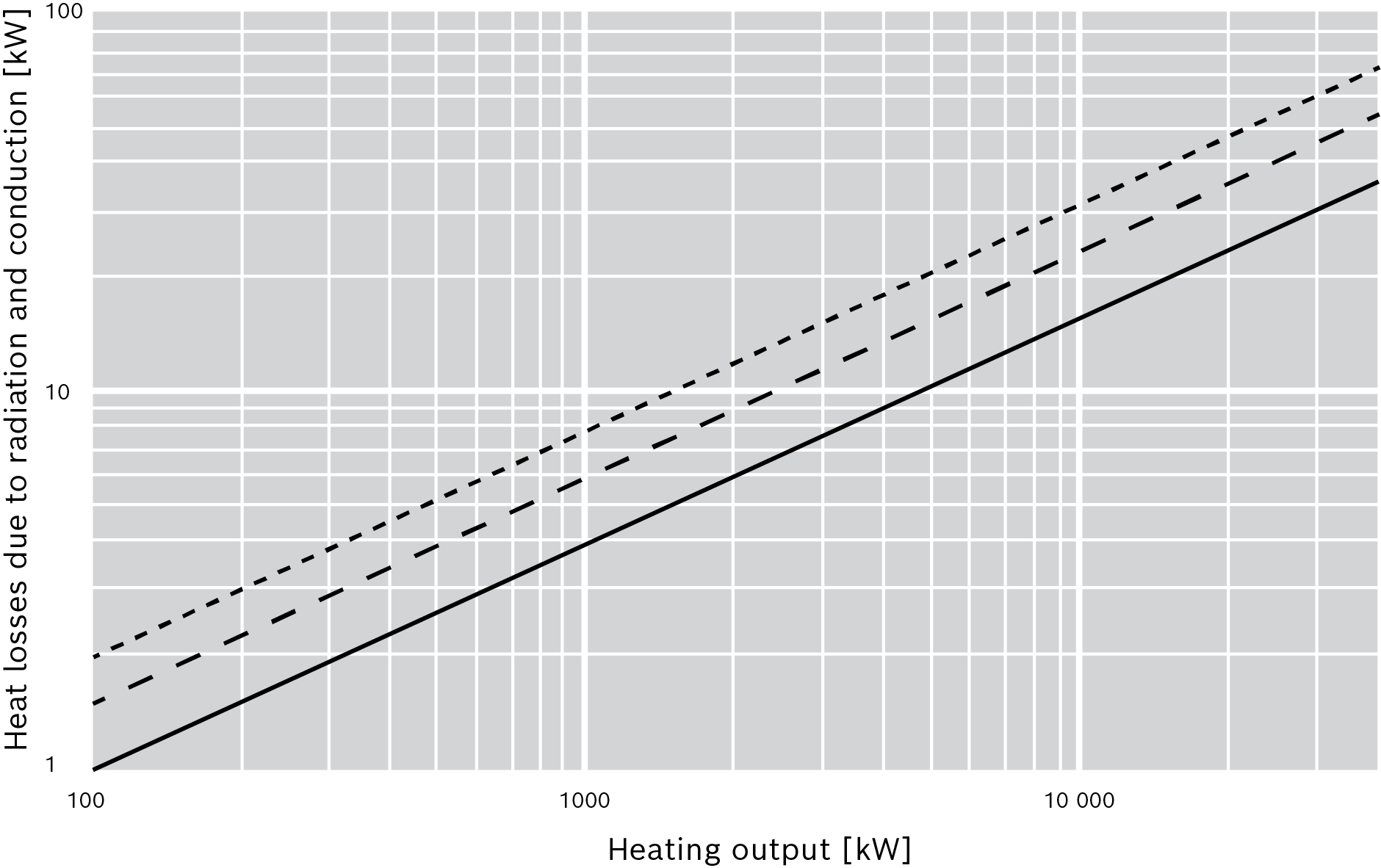 In the case of combustion efficiency and boiler efficiency, the nominal load condition and possibly also specific partial load conditions, e.g. at 75%, 50% and 25% of the boiler output, are specified in the manufacturer’s documentation. However, a steam boiler system normally operates in all partial load ranges. When the steam removal rate is very low, the boiler system even operates in a mode with longer burner downtime phases.

The boiler efficiency therefore cannot be used exclusively as the yardstick for energy efficiency. In order to be able to more effectively take the corresponding times when a boiler system is at a standstill and when it has activated burner operation into account, the degree of utilisation must be determined as an evaluation criterion.