Condensate forms anywhere where heat is released from the steam system. The saturated steam releases the heat during the transition from the gaseous to liquid phase, i.e. by condensing.

The condensate produced is at boiling point (e.g with steam pipe drainage) or is supercooled (e.g. with heat exchangers).

Although when using heat exchangers the supercooling depends on which type of heat exchanger control is used, it is frequently in the range of 10 – 30K.

In nearly all cases it makes sense, also economically, to collect the condensate produced by the heat consumers and return it to the steam boiler circuit or use it for another purpose.

Costs are reduced due to the enthalpy which is still present in the condensate, and because less freshwater is required which also means fewer surface blowdown and bottom blowdown losses.

Depending on the pressure and temperature level, the enthalpy of the condensate is still considerable at the normal temperatures of 80 – 140°C when compared to the make-up water which is normally cold with a temperature of around 15°C. Less freshwater and therefore fewer energy for heating up is needed as condensate is returned to the feed water vessel. In addition, condensate does not have to be chemically treated and can instead be fed directly to the feed water vessel. 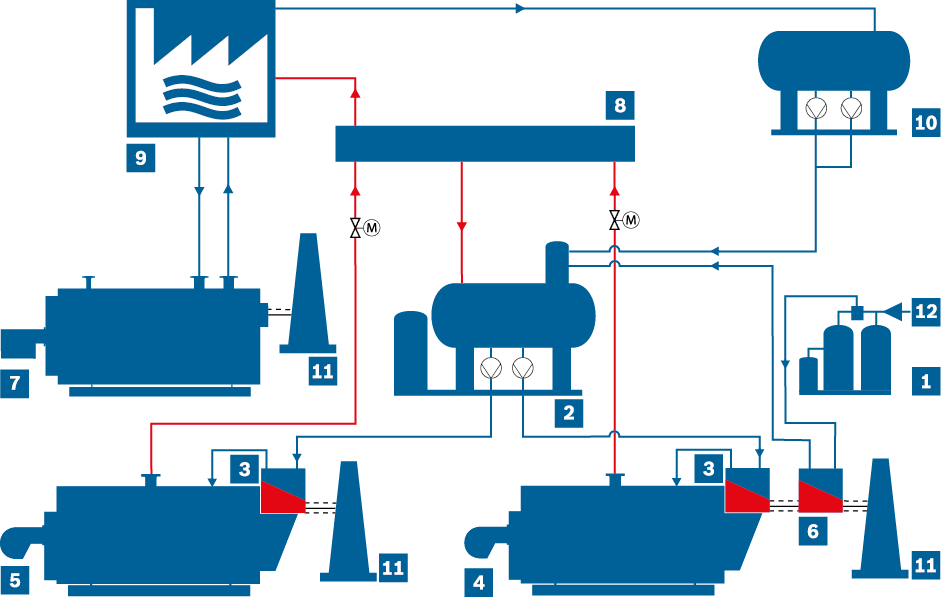 If several steam consumers equipped with heating surfaces are designed for a steam pressure which remains more or less the same in the high-pressure range (> 1.5 barg), the condensate of all heat consumers can be introduced into a shared high-pressure condensate system.

Expansion steam losses therefore do not occur as a closed system is being used. As in this case oxygen does not enter the condensate during normal mode, the condensate is fed back directly into the boiler or the economiser. This means that freshwater quantities and chemical dosing are low. Outstanding savings can be achieved when using this type of system as opposed to open condensate systems with the same consumption structure.

High-pressure condensate systems should always be used if large expansion steam losses would occur as a result of introducing condensate at a high temperature into the condensate sump or feed water vessel. Typical areas of application are breweries and paper/cardboard factories, to name but a few.

However, it is also necessary to consider that, due to the high condensate temperatures, the flue gas temperatures can increase. 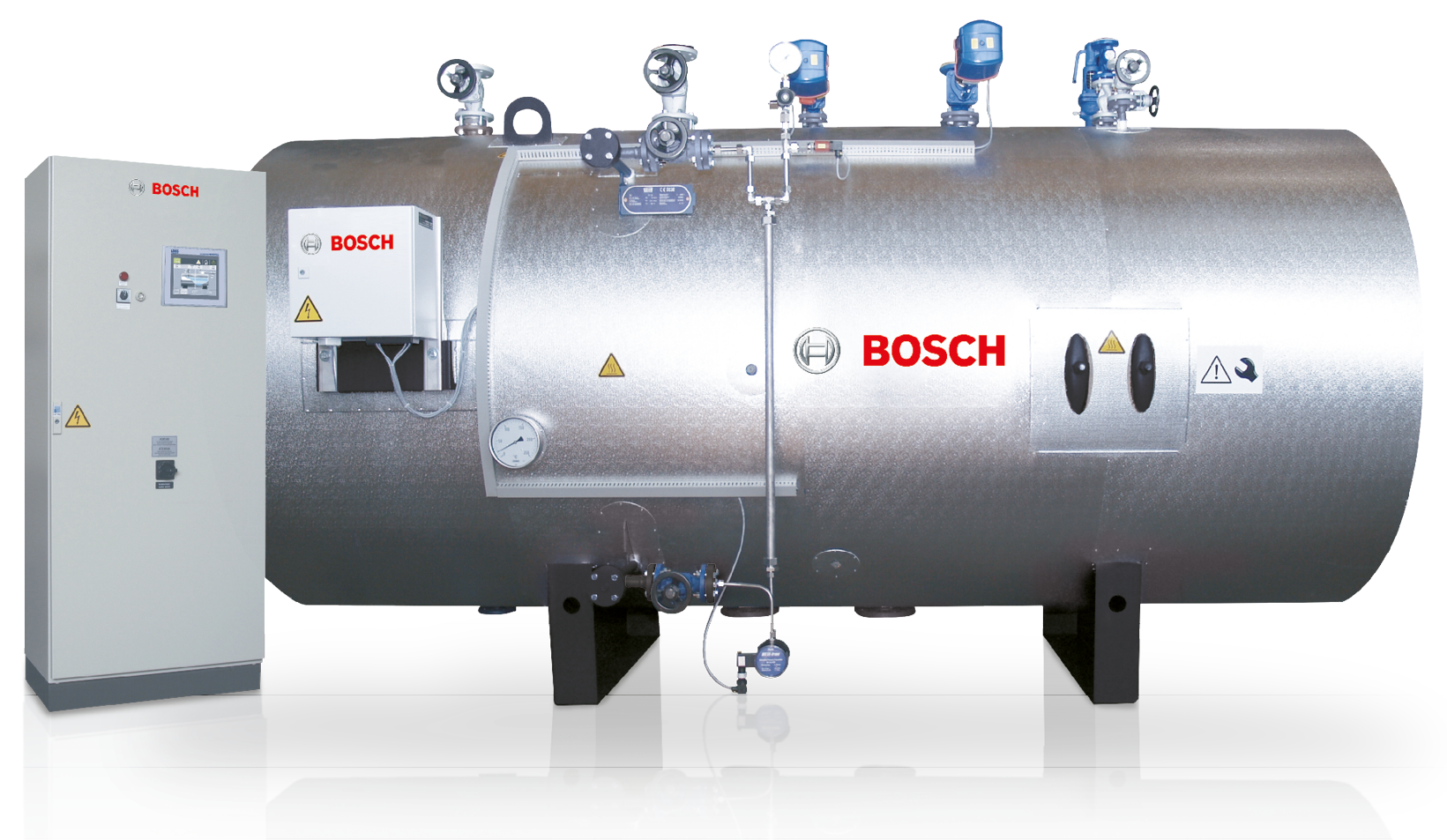